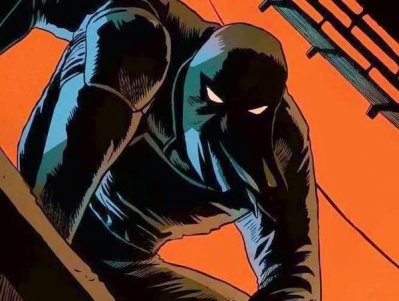 F. Paul Wilson 3) Quick Fixes: Tales of Repairman Jack, by F. Paul Wilson. This collection of short stories is my first experience with Wilson's urban fixer Repairman Jack. Wilson's introduction goes out of its way to say Jack "is not a vigilante, not a do-gooder. He's not out to right wrongs. Nor is he out to change the world or fight crime." So what is a reader to think when, within the first two stories, Jack defends a small businessman against a manipulative drug dealer, beats the crap out of a gangster, and returns a woman's engagement ring that a thug had taken from her? ("She clutched the tiny ring against her with both hands and began to cry.")

Jack is, in those stories at least, manifestly everything that Wilson insists he is not, except that he takes payment for his work. If Batman is like a gentleman athlete from the amateur-era Olympics, Repairman Jack is a modern-day, professional Olympian. But his goals are exactly the same as Batman's. (His methods can be harsher, reminiscent of Andrew Vachss' Burke. And Vachss, in fact, has said nice things about Repairman Jack.)

4) Oh, and before I forget, Dietrich Kalteis' Off the Cuff blog is back with a discussion among three authors talking about how they deal with rejection. He illustrates this discussion with one of my nourish shots (above/left). I have no idea if the unknown cyclist was an author whose manuscript had just been rejected.

RT @OccuWorld: @TruthCastersTV indeed, most parents don't have time to be detectives, and most doctors are not forthcoming

RT @quiteyet: tumblr fans are not only detectives but they're doctors, psychiatrists, and also know every person they idolize personally Lo…