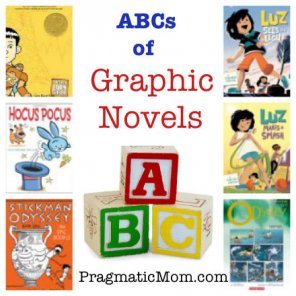 Being scary is hard. Maybe not for every monster, but most definitely for Rayburn: the often-looked-down upon creature responsible for terrorizing the village of Stoker-on-Avon. Rayburn doesn't terrorize so much as sit in his cave and sulk. See, he knows he's a bad monster. Everyone knows it. That why the town council sends Dr. Wilkie, a disgraced scientist with questionable experiments in his past, to diagnose- and hopefully correct- whatever it is that is causing Rayburn's ennui. Timmy, the town crier/newsboy, stows away for the ride.

The unlikely trio make their way to visit a "successful" monster, the terrifying Tentaculor. Only, Tentaculor isn't really terrifying at all: he's Rayburn's old school friend Noodles. While he attempts to coach Rayburn in Monstering 101, Stoker-on-Avon is threatened by The Murk, a creature who doesn't seek celebrity, but to satiate its wicked appetite by eating the local townsfolk. Whether Rayburn is ready or not, he must return to his hometown and defend the people who previously condemned him.

In the near-distant future, young Phoebe is attempting to make a go of it on her own. She was left orphaned when her parents died in a mysterious shuttle accident. Aided by her trusty robot Max, who is equal parts guardian and collaborator, she manages to evade the watchful and interfering adults in her life for years. Until she doesn't. Captured, she is forced into a group home with other orphaned kids. Despite her fiercely independent nature, she makes five new friends: Hannah, Oliver, Rebecca, Patel, and Ian.

Special Offer For Kids Who Like Diary of a Wimpy Kid and ...

@Erin : so intrigued by choice novels but haven't had courage to dive head-first yet! Right now my kids read from choice for bellringer #2ndaryELA

@Kester Brewin: Some kids talking about writing novels for #NaNoWriMo. Half of me's like DO IT! And the other screaming, NO, SAVE YOURSELVES WHILE YOU CAN.

@Georgene: Next month is NaNoWriMo and since kids books aren't novels, maybe I could try for all 3, or pick 2 to develop fully?

RT @mstgsl: Just sent my latest manuscript, STORMED, off to publisher. It's #5 in my series of @ROC novels for kids. #feelingood

RT @That1Wulff: Comic Con is just a huge Nerdfest of adults and kids dressed up (or not) sharing love for games, novels, movies, etc. it lo…