W. H. Auden's syllabus will make your college courses look like a piece of cake 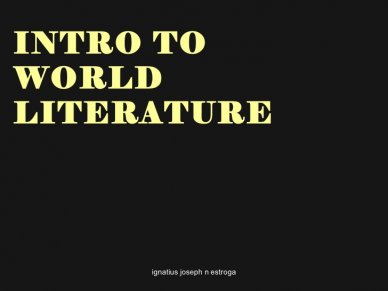 UPDATE: Professor Goldfarb has since gotten in touch with us to let us know that Auden's course was indeed taught over the course of a single semester.

Poet W. H. Auden was a professor at the University of Michigan during the 1941-42 academic year, teaching "Fate and the Individual in European Literature." His syllabus required over 6, 000 pages of reading including Dante's "The Divine Comedy, " Dostoevsky's "The Brother's Karamazov" and Melville's "Moby-Dick."

Which would be awesome, were it not required for a single college course.

The syllabus (first unearthed by the blog "more than 95 theses") identifies the reading list as being for the "first semester, " but

Professor Lisa Goldfarb, Associate Professor and Associate Dean at NYU's Gallatin School (and who is in the midst of writing essays on Auden), cautioned that the indication of "first semester" suggests that the course would have continued into the second.

"What I find fascinating about the syllabus is how much it reflects Auden's own overlapping interests in literature across genres - drama, lyric poetry, fiction - philosophy, and music, " Goldfarb said. "He also includes so many of the figures he wrote about in his own prose and those to whom he refers in his poetry: especially "The Tempest" of Shakespeare; Kierkegaard, Baudelaire, Rimbaud, Melville, Rilke, as well as the opera libretti on the syllabus.

"By including such texts across disciplines - classical and modern literature, philosophy, music, anthropology, criticism - Auden seems to have aimed to educate his students deeply and broadly. He probably would have enjoyed working with students on the texts he so dearly loved."

Auden't most famous academic post, perhaps, was at the New School, where he began teaching in 1946. The Shakespeare lectures he delivered there were published in a single volume in 1972.

reproduced by permission of the Estate of W. H. Auden

School Ya College Ke Syllabus Me Shirk Shamil Ho To ...

@fayé: re-reading all the short stories and poems for the preliminary exam in our world literature course ☺️💕